Below is the condition of the problem and the text part of the solution. The download of the complete solution, doc and wf1 files in the rar archive, will start automatically in 10 seconds.

A video tutorial on solving this problem is at the bottom of the page.

1.    to model a pairwise linear regression:

2.     to assess the reliability of the equation in general, using the method of variance analysis;

3.     to assess the closeness of the link in the regression equation on the basis of the coefficient of determination;

4.     to assess the reliability of the individual parameters of the equation;

5.     to give an interpretation of the full regression coefficient;

6.     to plot the regression equation on a scatter plot.

1. To make a regression equation in Eviews, select "Quick" - "Estimate Equation" in the main menu, select the variables: first the dependent, then the independent and then enter the constant "c": 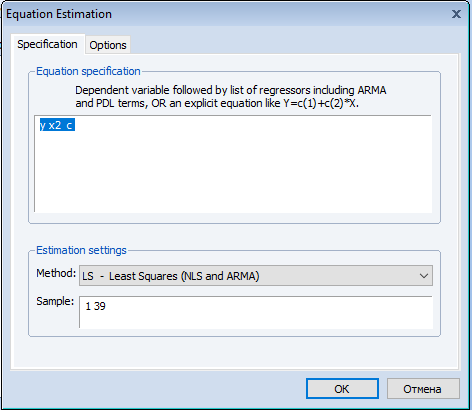 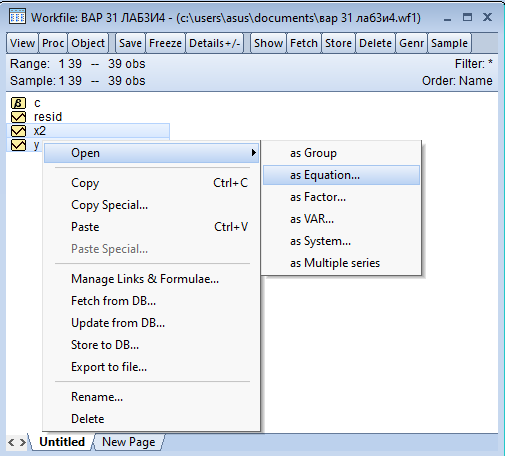 The variables will be entered automatically. The default method of parameter estimation is LS (Least Squares), and we end up with regression results. (figure 4.1)

A regression equation is obtained:

, (y equals four thousand one hundred and six point one one four plus zero point one four zero nine  multiplied by x squared) determination coefficient (r2)– R square – is 0,161.                                  Since the regression equation is based on sample data, an assessment of its validity is necessary. The Eviews results display the actual value of Fisher's F-criterion and its actual significance (probability), allowing for a variance analysis.

Figure 4.1 - The results of pairwise linear regression in Eviews.

Select the level of criticality Probкрит.=0,05

It should be remembered that if the actual significance of the criterion is less than the critical significance, then the alternative hypothesis is accepted.

In our case, a valid regression equation is obtained, since

3. The coefficient of determination is not zero.

The coefficient of determination is one of the most important indicators of the closeness of the link and the quality of the regression model.

4. Let us estimate the reliability of the parameters of the regression equation using the t-test.

Statistical inference is made by comparing the actual and critical significance of the Student's t-test criteria:

The significance of the constant is less than 0.05, hence with a 95% confidence level the hypothesis that the constant in the general regression equation is valid should be accepted. 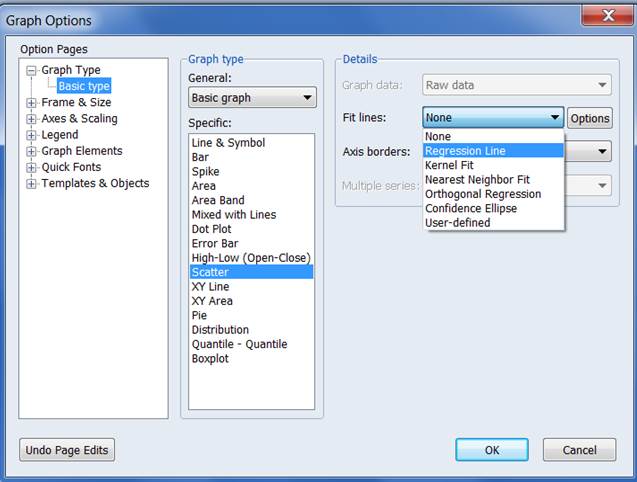 Select the graph type "Scatter", which means "scatter", and add a regression line in the "Fit lines" - "Regression line" field, resulting in a graph (figure 4.2). 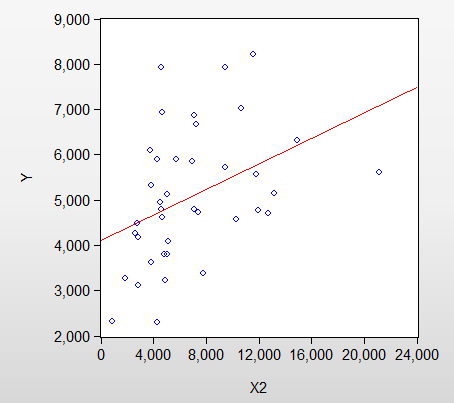 Figure 4.2 - Scatter plot of y as a function of x2 and regression line.

It is required to calculate the forecast values, give their point and interval estimation, and plot the forecast graph.

Figure 1 - Forecast, lower and upper limit of the forecast.

In automatic mode, the forecast values (yf) and the average error of the individual forecast (se) have been calculated, and the upper and lower limits are not automatically determined, so we will perform their calculations. To do this, we need to determine the critical t-Student value using the formula:

Calculate the lower limit of the forecast: series yf_lb=yf-tc*se, the upper limit:

series yf_ub=yf+tc*se. The results of the calculations are presented in Table 1.

Video tutorial on solving this problem in Eviews